The first time he made this trip was after he had been released. His grandmother, Maria Ngoma, was shocked when Ngoma, wearing a purple shirt, black blazer and a pair of Puma sneakers, arrived on her stoop outside the backyard. She ran to him and hugged him. She had thought that she would be dead by the time he was released. She had never expected to see him again. Ngoma’s brothers had fetched him from correctional services and had decided to surprise the rest of the family by not telling them that Ngoma had been released. Ngoma makes that same 45 minute drive from Witbank to his home, every weekend.

It’s already been four days since my last post and I am starting to feel the pressure with the project.

Due date for 2nd draft was last night and I had to make up for lost time and spend most of my weekend catching up after a power cut on Friday killed the electricity.
This wasn’t much of a problem for me until I realised that I couldn’t make coffe for the whole day and began suffering from some serious withdrawl symptoms.
I loved the people who sent me photos of their home coffee machines though. That was soo considerate of you @DineshBalliah and @kirsti_buick. Lame. 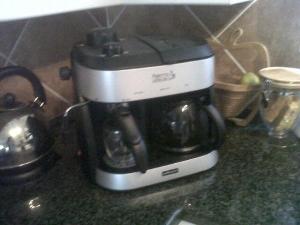 @JayCaboz party at my house! Buick’s coffee machine which looks exactly like mine.

@kirsti_buick @JayCaboz Clearly you kids need to be educated about coffee 😉 Dinesh pwnd. 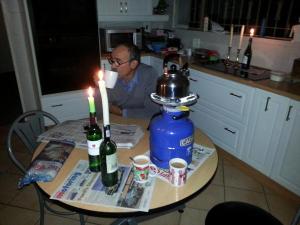 @DineshBalliah @kirsti_buick no wonder you don’t drink the coffee at wits. Still got no power look @ wat I got.

So true so true.

In retrospect it was well worth the effort spending my entire weekend on the essay and I feel like I am ready to move into the multimedia component of the projects. I am actually quite excited. Until my mentors come up with some more advice to make it even better.