My top photographs from the Nelson Mandela Memorial Service. 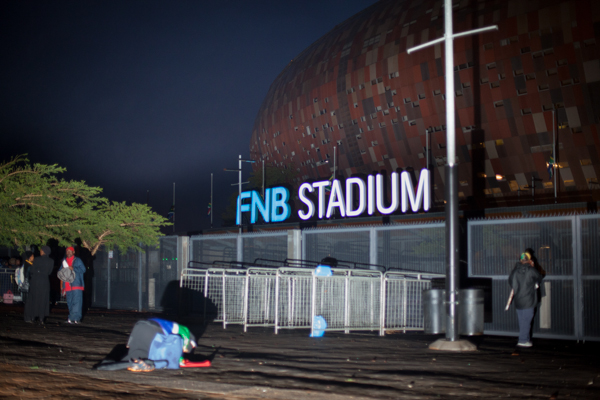 Hundreds of people queued outside the FNB Stadium, in Johannesburg, at 4am in order to claim a seat at the Nelson Mandela Memorial Service.

The service is held in honor of Mandela who passed away on 5 December 2013, a few days before. Over 91 heads of state were expected to attend the event. 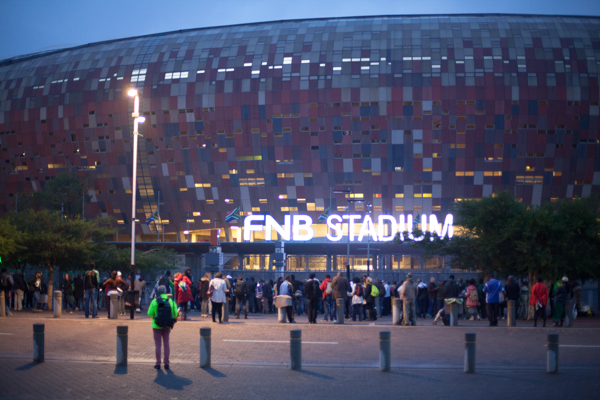 Nokwazi Hlubi camped overnight in order to save her place. Her tent was removed from the stadium entrance by police on sercurity sweep at 4am. “I knew I had to come and stay overnight, I just didn’t trust my alarm clock,” says Hlubi. 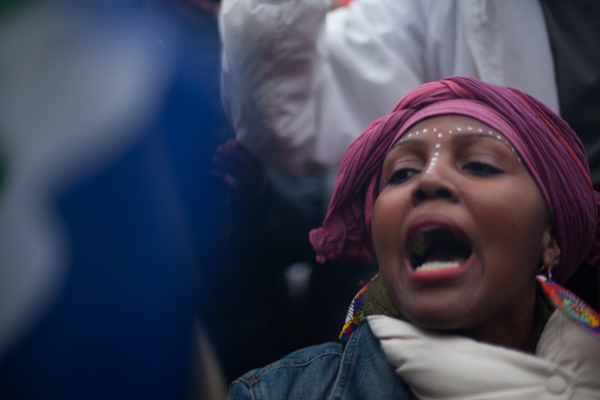 South African born Hlubi came back to South Africa after completing a masters degree in International Relations , she currently is unemployed but makes money by selling clothing imported from the United States bought during discount sales. 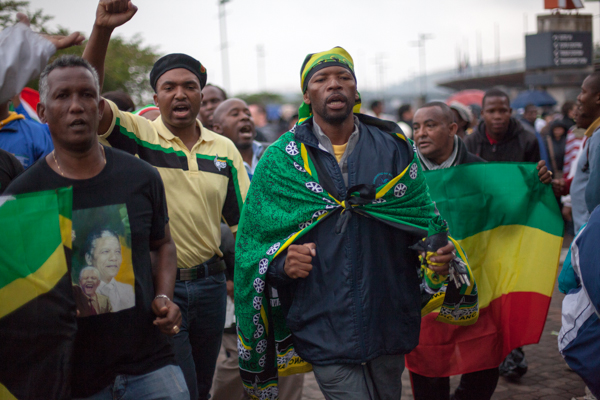 Celebrations began early in the morning with people dancing and chanting struggle songs. 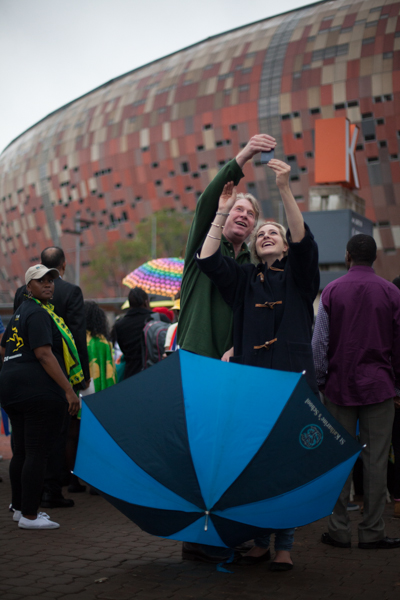 Others made use of their cell phones. 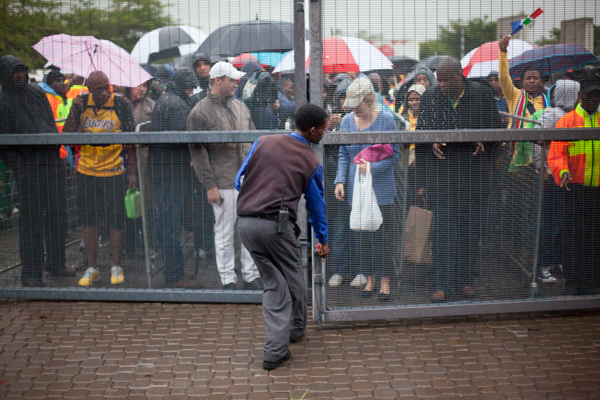 The FNB Stadium, before the ceremony.

The media station. Reporters will stand over a small marker to cover regular live broadcasts. 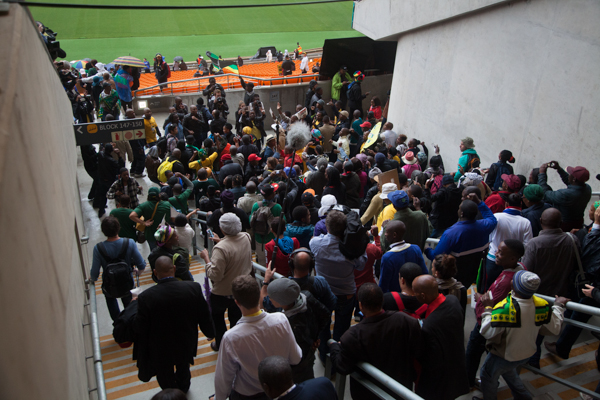 Celebrators dancing on the staircase leading to the lower stands of the stadium. 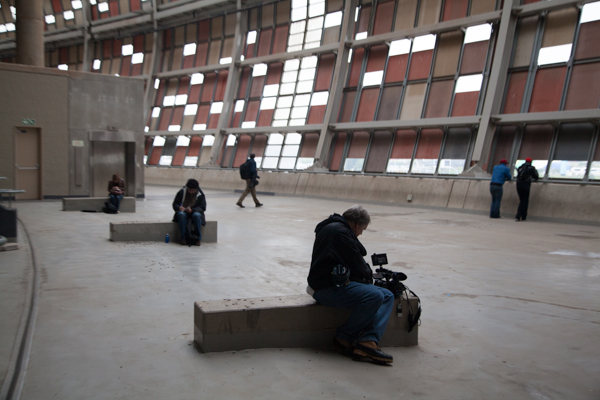 Reporters writing articles and look at their footage just beyond the crowds. 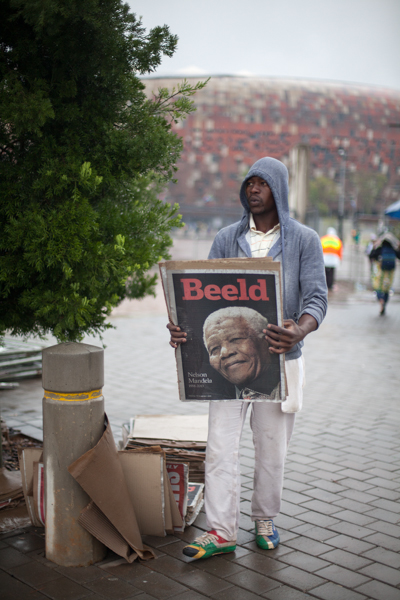 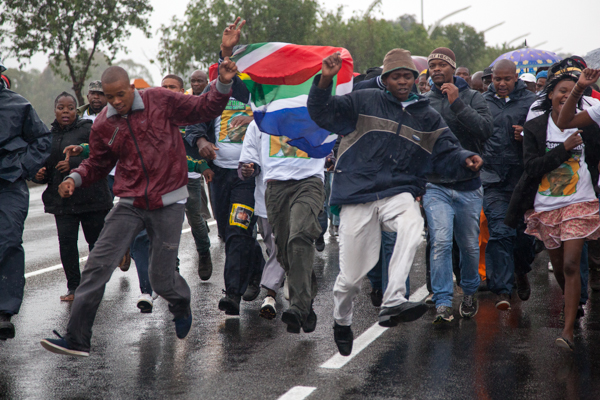 The rain did not stop hundreds of civilians from walking over two kilometers from the road blocks to come to the stadium.